The recapitulation first phrase, as well as the first two measures of the second phrase are identical to those of the first part A. Starting with measure 43, Chopin surprises us again with this passage: 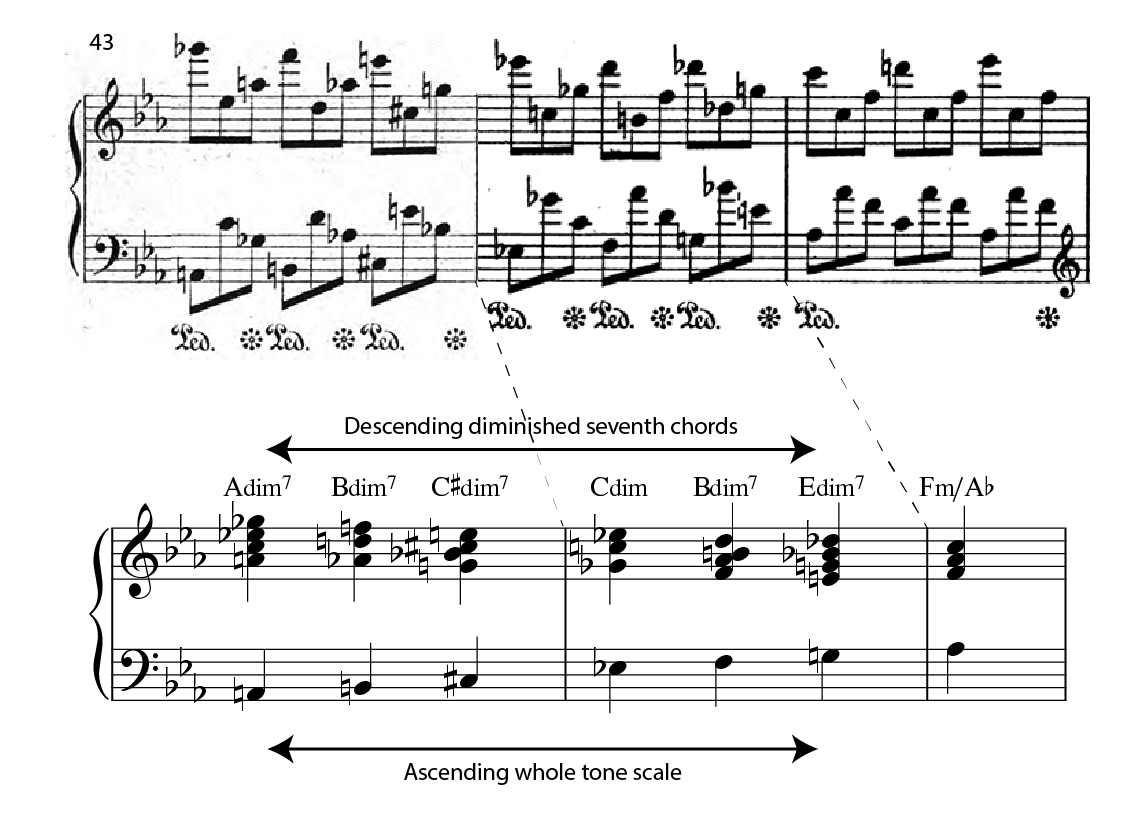 Of course, this progression is a variation of a cycle of fifths progression. In this case, it is used to reach the F minor chord, II degree of Eb flat major.