The second phrase starts as a repetition of the previous phrase. But, in measure 29, a diminished seventh chords progression starts: 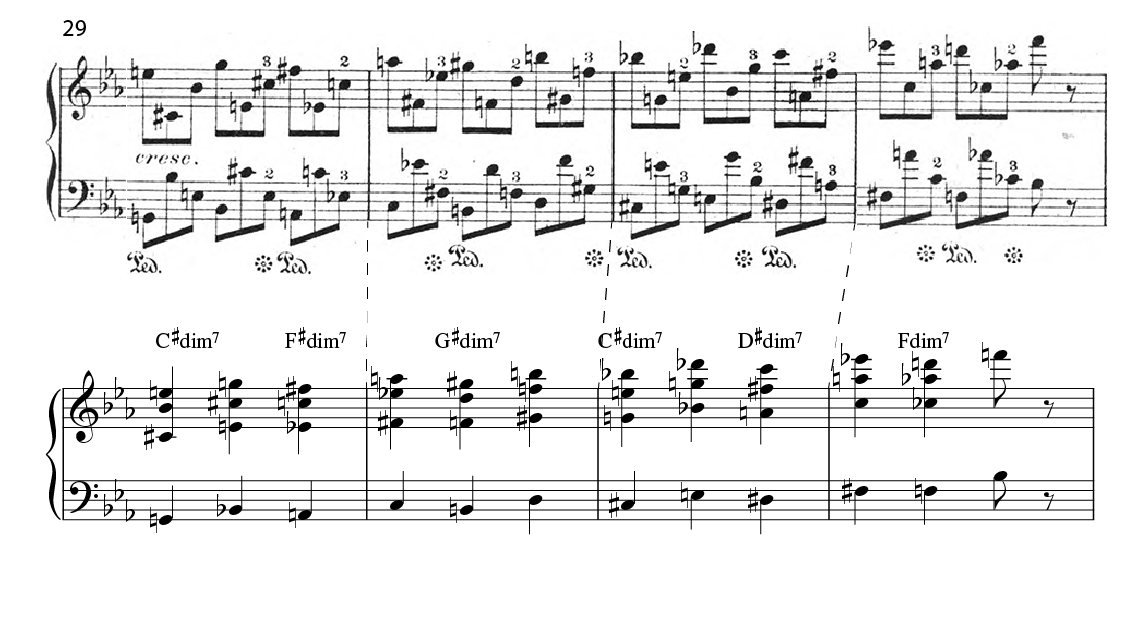 The progression begins with an ascending minor third (note that both chords have the same notes):

Followed by a descending minor second:

By removing the minor third chords (since they are the same chord as the previous one), we can simplify the progression:

After our simplification, we find a progression of diminished seventh chords ascending by major seconds. All chord notes move using a whole tone scale. The scale is seen in the lower voice: G-A-B-C#-D#-F

We can also find a dodecaphonic series in the first three chords. The series is repeated in chord 4 to 6:

But of course, a traditional analysis is possible. If we substitute each diminished seventh chord by an equivalent dominant seventh chord, we find a cycle of fifths that leads us back to B flat: