Invention No. 2 BWV 773 uses the canon contrapuntal technique. The higher voice presents the subject. The lower voice imitates the subject at the octave in measure 3. The canon continues until measure 11: 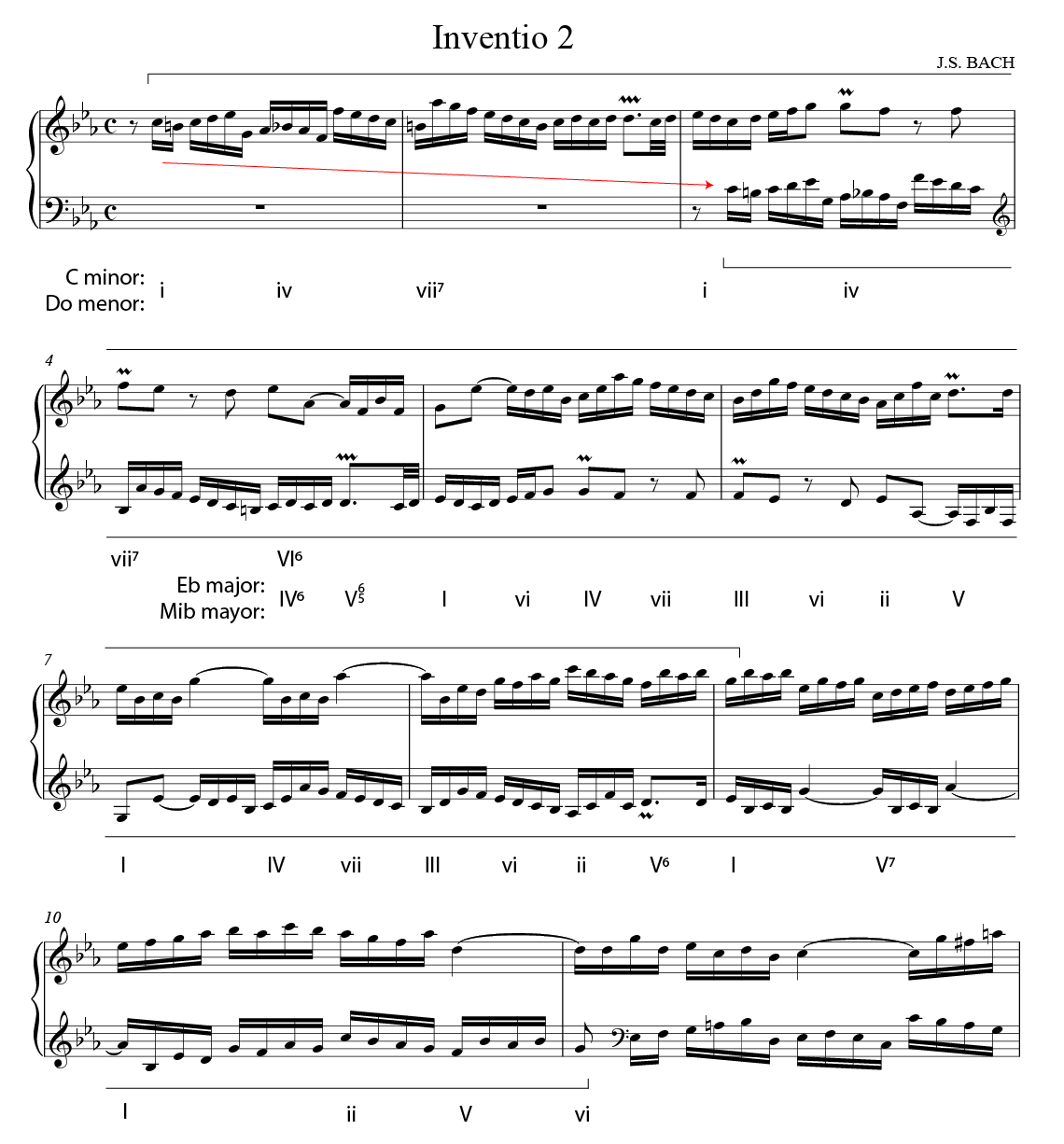 A modulation to the relative major key (Eb major) begins in measures 4. The thematic material in the upper voice in measure 3 is in C minor, but we're in Eb major when the lower voice plays it:

We have added a bass to show the underlying harmonic progression of measures 5 to 7: a cycle of fifths that affirms the Eb major key.