Prelude No. 22 in G Minor by Frédéric Chopin

Here is the harmonic analysis of the first phrase. Measures 5 to 8 are explained in more detail below: 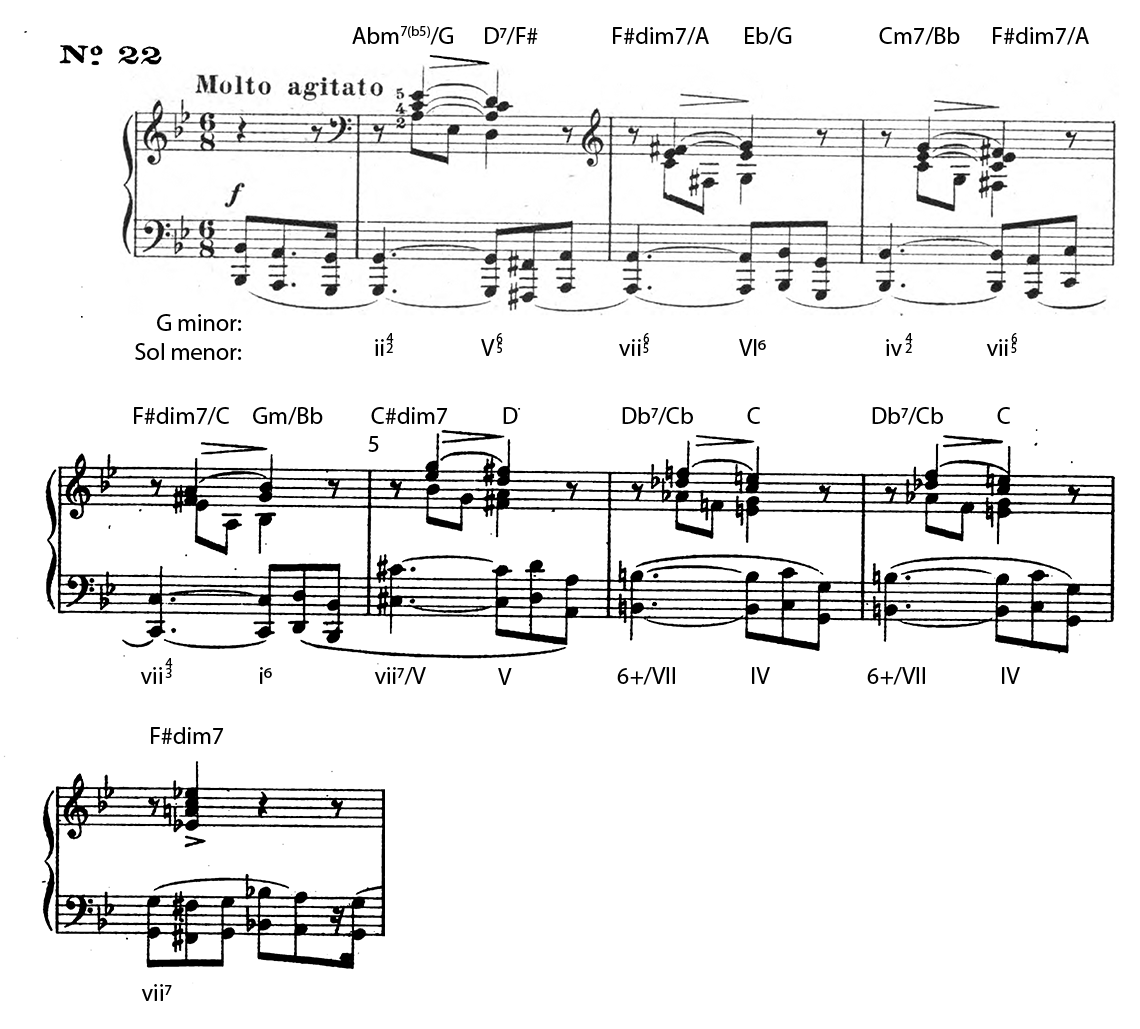 We'll start with the harmonic progression shown in the first system on the following image. With some chord substitutions, we'll arrive at Chopin's chords: 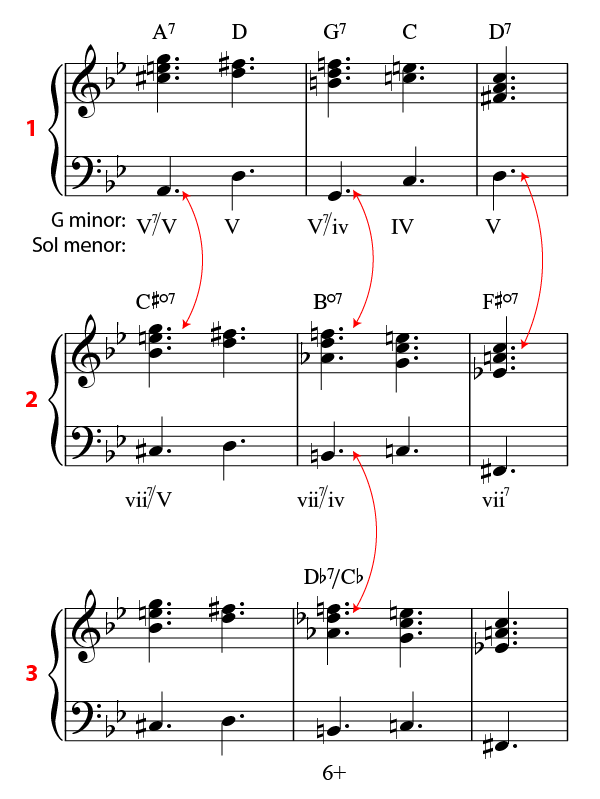 The bass note of the augmented sixth chord (B), would usually be placed as an inner or top voice. The following image shows the traditional disposition (a) and that used by Chopin (b):

The first four measures (9 to 12) of the second phrase are identical to those of the first. Follow some comments about the other measures. 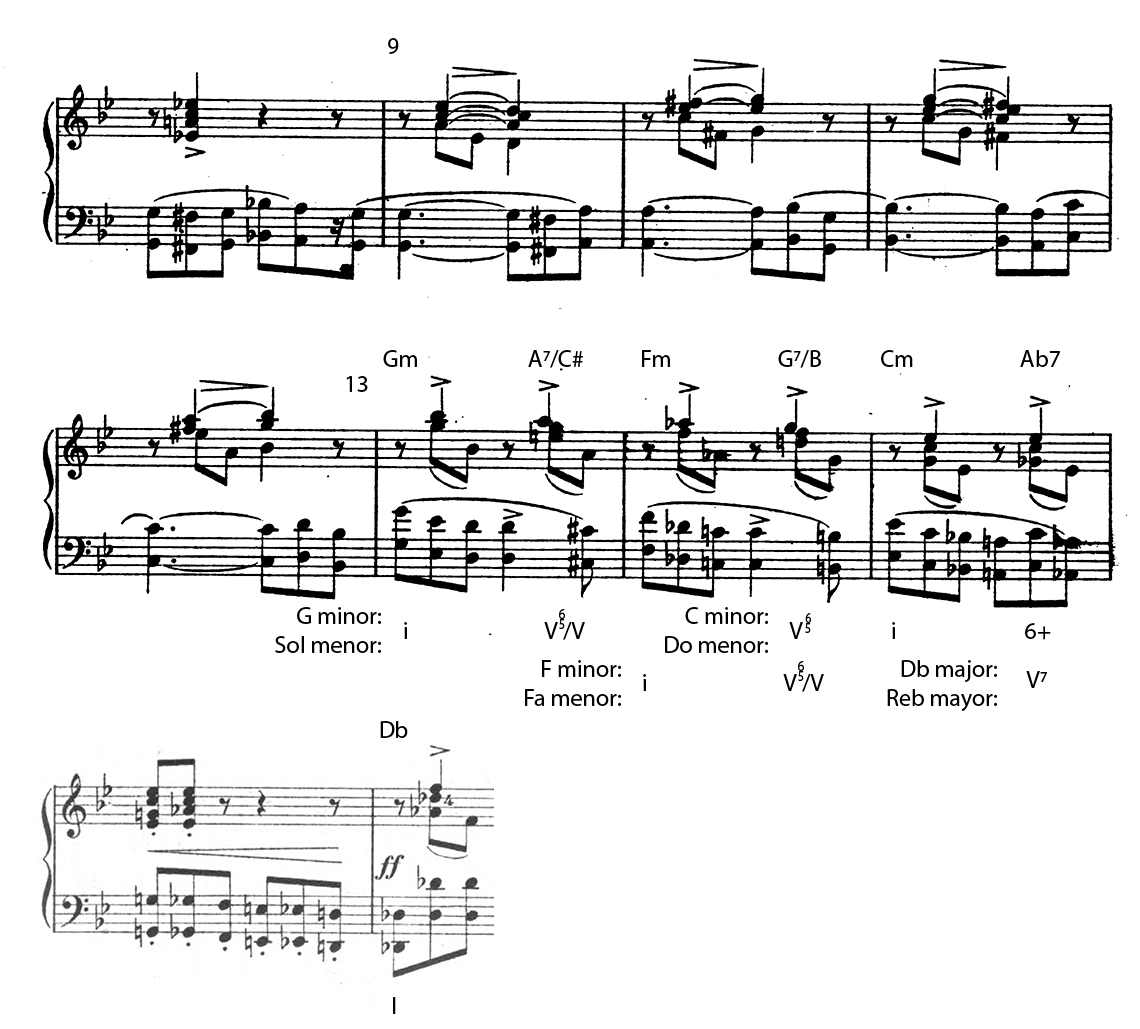