Prelude No. 17 in A-flat Major by Frédéric Chopin

The second section starts in measure 19 and is highly chromatic contrasting with section A. 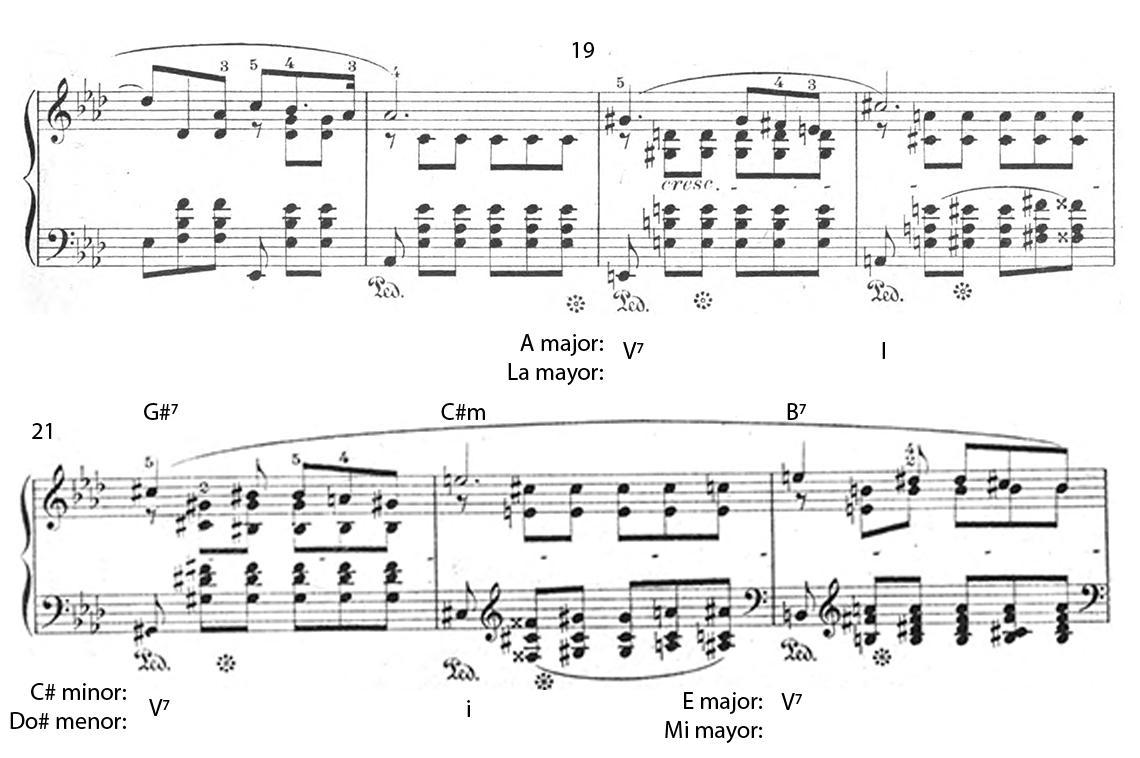 How can we explain this passage?

In the following image, we show a cycle of fifths progression, starting on E7 and ending in F7. In the second system, we show the same chords but applying tritone substitution to every other chord. Note that we get to the same chords as Chopin: 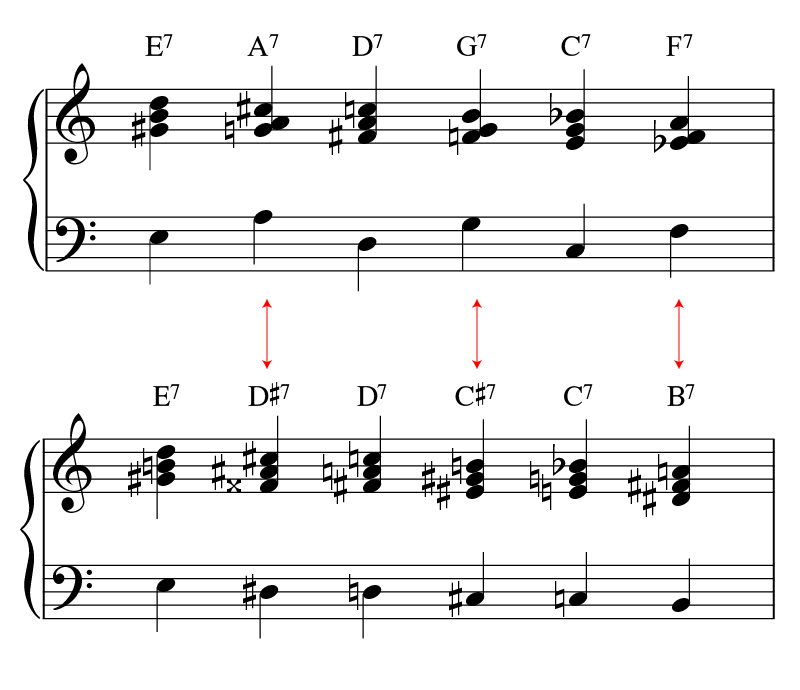 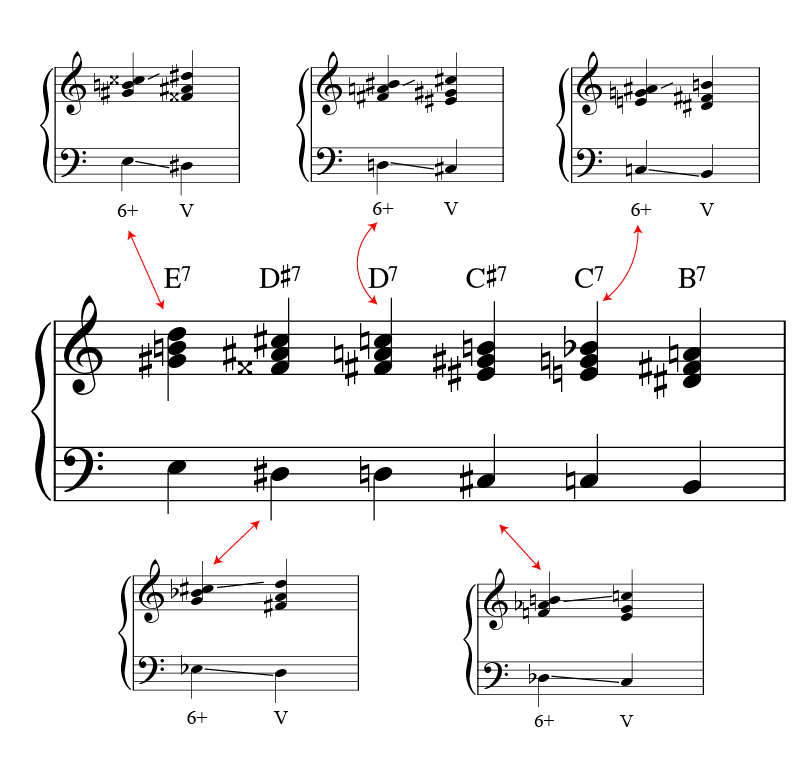 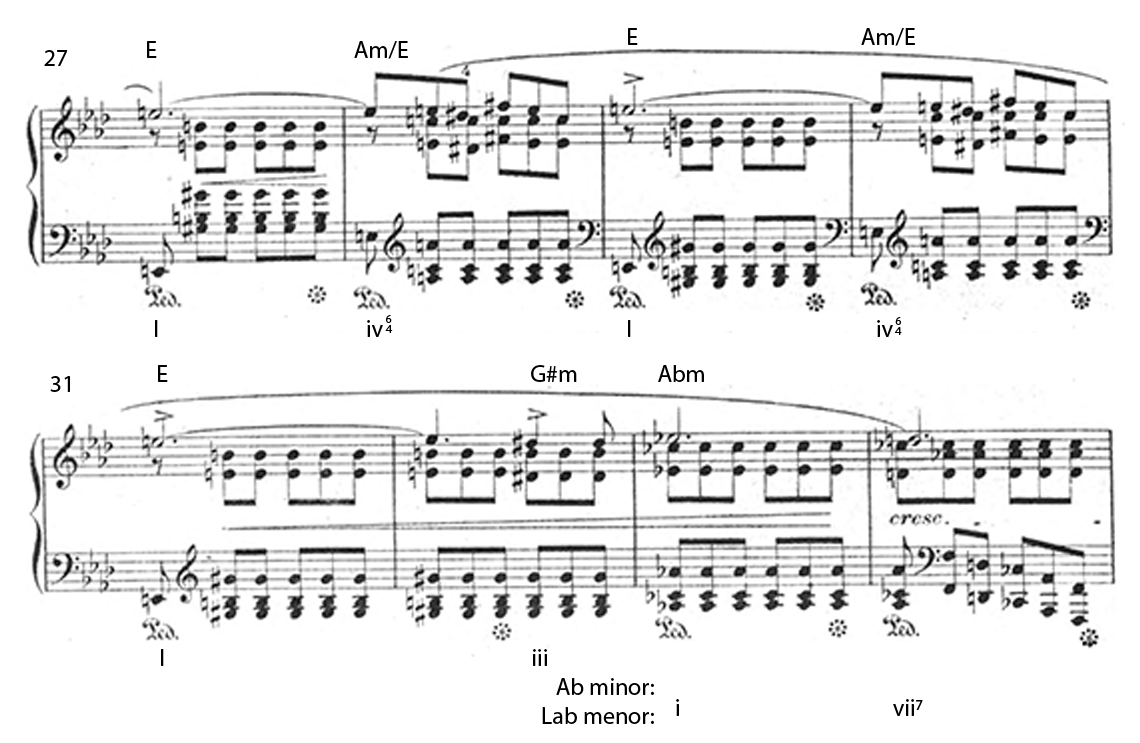